Mullin tells Green New Deal supporters—cool it with the regulations!

Regulators to decide on chairman 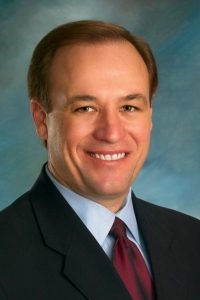 The Oklahoma Corporation Commission meets Wednesday to consider reported efforts of one commissioner to become the new chairman.

Commissioner Todd Hiett is said to be intent on taking over the leadership position held by Commissioner Dana Murphy. A vote on a new chairman of the Commission is on the Wednesday agenda.

Hiett is the current vice chairman and was first elected to the commission in 2014 after facing no opposition.

He is also a previous Speaker of the House of Representatives after first being elected in 1994. Hiett’s a rancher near Kellyville and serves on the board of directors of SpiritBank.

Todd and Bridget continue to operate a ranch south of Kellyville, and Todd serves on various boards of directors including SpiritBank and Farm Bureau.