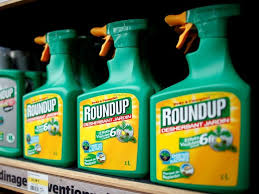 While a second California jury has ruled Roundup weed killer caused cancer and is in the process of determining damages, a handful of Oklahomans who also sued the company await their cases to move forward.

It was a unanimous ruling by a jury in San Francisco federal court as it determined Germany’s Bayer company, maker of the Roundup weed killer was responsible for the cancer of Edwin Hardeman.

Bayer, which denies allegations that glyphosate or Roundup cause cancer, said it was disappointed with the jury’s initial decision. Bayer acquired Monsanto, the longtime maker of Roundup, for $63 billion last year.

Glyphosate is the world’s most widely used weed killer. Monsanto’s Roundup was the first glyphosate-based weed killer but is no longer patent-protected and many other versions are now available. Bayer does not provide sales figures for the product.

The case was only the second of some 11,200 Roundup lawsuits to go to trial in the United States. Another California man was awarded $289 million in August after a state court jury found Roundup caused his cancer. That award was later reduced to $78 million and is on appeal.

Lawsuits filed in Oklahoma City federal court by at least four Oklahomans in central Oklahoma were transferred in 2017 to the Northern California District U.S. Court where they await movement.

One suit was brought by Clifford D. Little of Choctaw who contends his non-Hodgkin lymphoma diagnosed in 1988 was the result of his use of the chemical weed killer.

A Del couple, Wanda Clark and Donald Shepherd and Esmeralda Hernandez of Broken Arrow had also filed suit in Oklahoma City but their case was transferred to the Norther California district. They are also awaiting any movement in their cases against Monsanto.