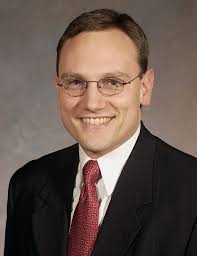 Loughridge is president of Great Plains Oilfield Rental based in El Reno. He also has worked as a White House Fellow and as a special assistant in the Office of the Secretary of Defense Donald Rumsfeld. Loughridge is also known for his work in spreading humanitarian and healthcare aid to Central America and East Africa.

The company he runs operates under the umbrella of Seventy Seven Energy, Inc and has offices in Texas and Ohio. It was founded in 2006.

Gov. Stitt also named Dr. Kayse Shrum to be his Secretary of Science and Innovation. She and Loughridge will need to be confirmed by the Oklahoma Senate.

Shrum is the President of Oklahoma State University Center for Health Sciences.

“Jerome Loughridge and Dr. Kayse Shrum are going to make a dynamic team on the cabinet focusing on government reform and the intersection of science, health and innovation to make Oklahoma Top Ten,” said Stitt. “As Secretary of Health, Jerome will bring his wealth of experience and success in the private sector as well as public policy to help us realign our agencies and make government customer-centered in the delivery of services surrounding health and mental health. Dr. Shrum will bring a strong network and wealth of knowledge around the areas of medicine, science, and the intersection of innovation to propel Oklahoma’s economy forward.”