Houston tank fires to burn another day or two 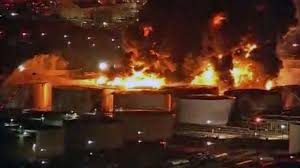 The massive fire at the Houston-area petrochemicals terminal is expected to burn for another day or two according to officials at the scene.

The fire began over the weekend at the Intercontinental terminals Company in Deer Park which is about 15 miles southeast of Houston. 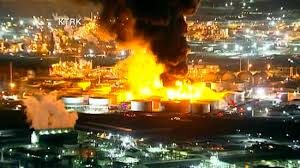 Fortunately, no one has been hurt in the incident as the company contends the risk of an explosion remained “minimal.” All ITC employees have been accounted for and despite the massive amount of smoke and flames, air quality was testing within normal guidelines. 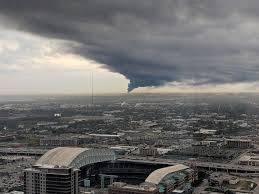 Fire officials estimated the plume of smoke rose 3,000 to 4,000 feet into the air. The fire had spread to seven storage tanks holding components of gasoline and also used in nail polish remover, glues and paint thinner.