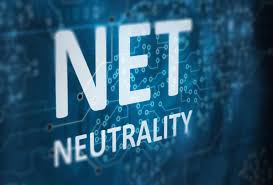 Democrats on the  House Energy and Commerce committee will consider legislation to overturn President Trump’s elimination of net neutrality protections.

The Subcommittee on Communications and Technology, led by Rep. Mike Doyle (D-PA)  will meet Tuesday morning on Capitol Hill. Democrats are anxious to push back against the Trump Administration and the Federal Communications Commission which repealed the protections.

“The Save the Internet Act restores critical net neutrality protections and puts a cop back on the beat at the FCC to defend consumers against abusive and discriminatory practices by internet service providers,” Pallone and Doyle said.  “We look forward to considering this legislation in the Subcommittee and bringing a free and open internet back to the American people.”

The Subcommittee will consider the following bill:

H.R. 1644, the “Save the Internet Act of 2019,” introduced by Rep. Mike Doyle, would enact the three legacy net neutrality principles – no blocking, no throttling and no paid prioritization – and empower the FCC to prohibit unjust, unreasonable and discriminatory practices.  The legislation would also ensure consumers can make informed decisions when shopping for internet plans and restore the FCC’s authority to fund broadband access and deployment, particularly for rural communities and struggling Americans.  The Save the Internet Act would codify the FCC’s 2015 Open Internet Order in a similar manner to last year’s Congressional Review Act that passed the Senate and had bipartisan support in the House.