Higher tax collections reported in Oklahoma—thanks to oil and gas 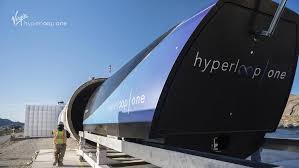 The state of Missouri has joined with business leaders in launching a study of creating an ultra-high-speed Hyperloop system connecting Kansas City and St. Louis.

Costly? You bet. Perhaps up to $27 million a mile to build a tubular track in which passengers would ride in a train-like pod at speeds up to 640 mph.

Missouri Republican House Speaker Elijah Haahr announced the creation of a joint panel which has been pressed to have a report by September.

A study last year determined a Missouri hyperloop is feasible.

That study and report, which was conducted by Overland Park-based Black and Veatch in partnership with Virgin Hyperloop One, analyzed a hyperloop route along Interstate 70, connecting Kansas City, Columbia and St. Louis.

Black and Veatch examined the technology, construction and economics of the project and found that it’s feasible for the state.

The study found that the travel time between KC and STL would be just 28 minutes, compared to the nearly 4 hours required to drive. Trips to Columbia from either city would be just 15 minutes.