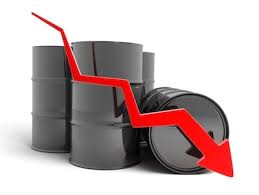 Worries about an economic slowdown combined with OPEC’s production cuts and U.S. sanctions on Iran and Venezuela prompted a slip in oil prices in early trading on Monday.

Brent crude oil futures were down 36 cents at $66.67 per barrel while U.S. West Texas Intermediate futures dropped 29 cents at $58.75 per barrel. Both benchmarks closed down last week after briefly hitting their highest amounts since November of last year.

Concerns about a potential U.S. recession emerged on Friday after cautious remarks by the U.S. Federal Reserve caused 10-year treasury yields to slip below the three-month rate for the first time since 2007 according to Reuters.

Historically, an inverted yield curve – where long-term rates fall below short-term ones – has signaled an upcoming recession, and world stocks hit a 12-day trough on Monday.

Bullish sentiment helped drive benchmarks to last week’s highs, but that move could now leave them vulnerable to a correction.

“Speculators increased their net long in ICE Brent by 15,934 lots over the last reporting week, to leave them with a net long of 308,606 lots … the largest position since late October,” ING said in a note.

“A large gross long is a key downside risk for the market, especially with growing concerns over the economy.”

Adding to concerns of a widespread global downturn, manufacturing output data from Germany, Europe’s biggest economy, shrank for the third straight month, though an improved index on business climate there provided some cheer.

“Estimates for growth and earnings have been revised down materially across all major regions,” said U.S. bank Morgan Stanley.

The Organization of the Petroleum Exporting Countries and non-affiliated allies such as Russia, together referred to as OPEC+, have pledged to withhold around 1.2 million barrels per day (bpd) of oil supply this year to prop up markets, with OPEC’s de-facto leader, Saudi Arabia, seen to be pushing for a crude price of over $70 per barrel.

“Oil market-specific reports, which point to tighter supply, are preventing prices from falling any more sharply.”