2017 ice storm repairs are still with some Oklahoma electrical cooperatives 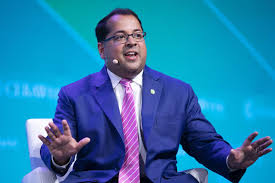 So many applications have been made by firms wanting to ship LNG overseas that the Federal Energy Regulatory Commission plans to open an office in Houston.

FERC heads west: Chatterjee also told the audience that FERC plans to open an office in Houston to address its LNG backlog. The chairman wants to take advantage of the talent pool in Houston for energy policy to help wade through the sometimes 40,000-page applications, as Eric also reported. Chatterjee has already spoken to the mayor of Houston about it, and he told ME he’d discussed it with FERC staff for “quite some time.”

“We could do it today, if we wanted to. It’s a matter of working with GSA to get space secured,” Chatterjee said. “The reason I’m holding off, we still have a number of complicated applications in the queue on the LNG side.” He said that once FERC got through “this wave” of applications, he’d see about detailing staff to get the office set up.