Cattle producers predict Green New Deal will be back

Feds give more money for cleanup of Superfund site on main street in Roswell, NM 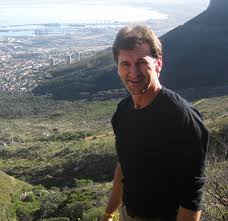 Nationally acclaimed energy expert Dr. Scott Tinker will be a speaker in a few weeks on the Oklahoma City University campus.

Tinker is a Ph.D. geologist from the University of Texas and is known for his movie “SWITCH” produced several years ago.

He will be on the OCU campus on April 15 and will make a presentation in the Kerr-McGee auditorium in the Meinders School of Business at 1:30 p.m.

In making the announcement, Dr. Steven Agee, Dean of the Meinders School of Business said, “Dr. Tinker has been on our campus once before, but has traveled the world extensively and interviewed energy industry leaders from around the globe since then and has updates to share.  He is an expert in all areas of energy including, but not limited to, oil, natural gas, coal, wind, solar, hydro, nuclear and bio-fuels. ”

He said tinker is also considered to be an expert on electric power generation and the resources required to power not only our future in the U.S., but also worldwide.