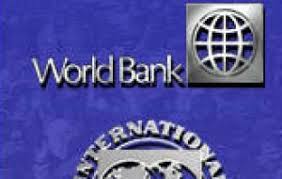 While Venezuelan President Maduro deals with riots by his starving people and several days of electrical blackouts, he has been told by the World Bank to pay nearly $9 billion to ConocoPhillips.

The Bank’s ruling on Friday said Venezuela had to pay ConocoPhillips $8.7 billion for the governments expropriation of the company’s investments in the country more than ten years ago. The ruling comes as the oil-rich nation’s oil production amounts to more than 1 million barrels of crude a day which is the lowest volume in nearly 30 years.

The ruling not only affects a company with major operations in Bartlesville, Oklahoma but another major firm as well.

The new tribunal ruling keeps a focus on Houston-based Citgo Petroleum, the multibillion-dollar U.S.-based refining arm of Venezuela. Citgo is considered the top prize for companies that Venezuela owes billions of dollars if the country can’t afford to pay in cash installments.

The World Bank’s International Centre for Settlement of Investment Disputes previously ruled in ConocoPhillips’ favor in 2013, but the financial award of $8.7 billion wasn’t determined until Friday.

Venezuela can still contest the ruling.

In a recent interview before the new tribunal ruling, ConocoPhillips Chairman and CEO Ryan Lance acknowledged he’s eyeing the proceedings with Citgo according to the Houston Chronicle.

“We’re really watching it closely because it’s a considerable asset for the Venezuelans,” Lance said. “It does represent an asset that’s held in ownership of the Venezuelans outside of their country, so everybody is trying to focus on that and figure out where the pecking order stands for the value of those assets.”

Lance added, “It’s safe to say any asset they own outside of Venezuela we are very aware of, and that includes Citgo.”

Lance acknowledged the plight of feeling concern for Venezuela’s citizens while also having to fight for ConocoPhillips’ interests.

“Unfortunately the country is in an awful state right now. It’s not the citizens’ fault, but it’s the government’s fault for kind of leading them astray from our perspective,” he said. “We’re using all the tools we can to make sure we get our fair share back out of what’s due to us for taking some pretty significant assets away from the company.”