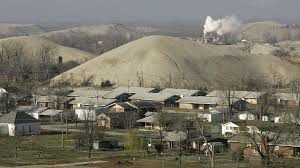 While the initial clamoring reports focused on “mushroom compost” being used by the EPA in its cleanup of the Tar Creek Superfund Site in northeastern Oklahoma, in reality, it was one of three ingredients used by the agency.

The revelation came in a recent Environmental Protection Agency report which indicated the mushroom compost was used to remove and separate cadmium, lead and zinc from the 40-square site’s tainted water.

A 2018 graduate study prepared by Madison Peppers for his master’s study work at Texas Christian University showed in reality, it was a combination of chicken litter, ag lime and mushroom compost used to sorb metals.

“The increase in vegetation could be due to the immobilization of metals and/or the increase in nutrients from the soil amendments,” wrote Pepper, a 2016 graduate of Oklahoma State University. “Positive growth patterns for vegetation in metal contaminated soil were also seen in a study that applied a soil amendment of manure that increased radish growth.”

The entire effort of using the combination of the chick litter, ag lime and mushroom compost is to see if it actually absorbs the heavy metals in the contaminated soil. Peppers suggested the metal availability to the plants was minimized, metal leaching into groundwater was reduced and the metal availability in the treated area could be reduced.

The EPA is working in cooperation with the Quapaw tribe in cleaning up the massive superfund site. If the chicken litter is working, it might raise the question why the massive amounts of chicken litter from northeast Oklahoma poultry farms is not used more at Tar Creek?