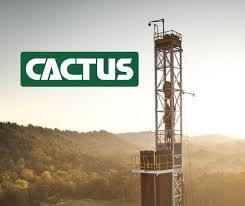 Cactus Drilling, with its many rigs throughout Oklahoma and other oil-producing states reported fourth quarter 2018 revenues of nearly $140 million. It also felt the impact of lower oil prices and declining activity.

The Houston company stated the revenues totaled $139.8 million and the generated income from the operations came to $43.9 million.

Scott Bender, President and CEO of Cactus, commented, “2018 was a tremendous year for Cactus. Our profitability during the fourth quarter was generally consistent with our expectations despite the dramatic decline in oil prices throughout the fourth quarter, and we were pleased with the resiliency demonstrated by our business.”

He said drilling related activity showed only a slight increase and completions declined more than anticipated. Bender explained it was because customers deferred activity due to budget exhaustion.

“Although the market is anticipating a pullback in the U.S. rig count in 2019, we believe the strength of our customer base will moderate the impact of a potential decline in drilling related activity,” added Bender. ” For the first quarter of 2019, we currently anticipate that revenue across all our business lines will increase relative to the fourth quarter of 2018 based on the rebound in activity we have seen during the first two months of the year.”

Fourth quarter 2018 product revenue decreased $0.5 million, or 0.6%, sequentially, as lower sales of production related equipment more than offset an increase in sales of wellhead equipment. Gross profit increased $0.6 million sequentially with margins improving 100 basis points primarily due to product mix and more favorable supply chain execution. Cactus’ estimated market share(4) was 27.8% in the fourth quarter of 2018 compared to 27.4% during the third quarter of 2018.

Fourth quarter 2018 rental revenue decreased $6.9 million, or 18.2%, sequentially, as budget exhaustion and the steep decline in oil prices during the quarter led to reduced customer completion activity. Gross profit decreased $5.1 million sequentially with gross profit margins down 320 basis points, primarily due to depreciation expense representing a higher proportion of revenue than during the previous quarter.