Who will handle energy legislation in Oklahoma House?

Midstates Petroleum offers update after a 4Q 2018 delay in drilling 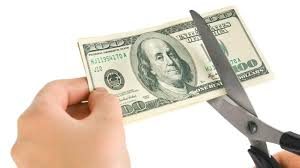 Days after releasing third quarter financial results showing an unaudited net loss of $6 million, Tulsa’s WPX Energy announced this week it would be cutting its 2019 spending plan by $350 million.

The loss amounted to a penny a share and company leadership said it was primarily driven by $139 million on non-cash pre-tax net losses associated with the hedge book resulting from higher forward oil prices.

So leadership decided to cut $350 million from its 2019 plan which translates into a 23 percent reduction. The 2019 guidance had originally been released just three months ago.

Management now says the updated 2019 plan is “focused on disciplined growth within cash flows based on $50 oil. But the company leaders still expect to maintain momentum into 2020 with 5 to 10 percent production growth from the fourth-quarter 2018 to fourth-quarter 2019 based on a revised eight-rig program.

WPX said it will release two rigs in the first quarter to average five rigs in the Permian Basin and three in the Williston for the rest of 2019.

“We’ve worked hard over the past few years to position the company to spend within cash flows in a $50 world and still deliver nice growth,” said Rick Muncrief, chairman and chief executive officer.

“We’re also going to keep our balance sheet strong, continue the technical work that’s driving savings and cost efficiencies, and maintain the optionality we have with our two producing assets and our midstream ownership,” Muncrief added.