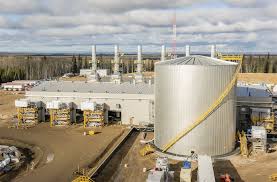 Devon Energy’s announced intentions this week to sell some of its assets in Canada  prompted at least one major Canadian news source to suggest it could be a difficult sale for the company.

The Financial Post reported “analysts think Canadian producers will be cautious about spending billions to buy the properties.”

CALGARY — American oil giant Devon Energy Corp. is the latest international producer to put its oilsands assets up for sale, but analysts think Canadian producers will be cautious about spending billions to buy the properties.

Oklahoma City-based Devon announced Tuesday that “the timing is now appropriate” to divest from its Canadian assets including the 100,000-barrels-per-day Jackfish thermal oilsands plant and other heavy oil properties, which account for 24 per cent of the company’s total production. 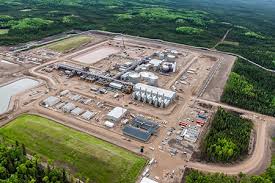 If it is able to find a buyer for the assets, Devon will join a long list of foreign firms that have reduced their exposure to Canadian heavy oil, including Royal Dutch Shell Plc, ConocoPhillips Co., Murphy Oil Corp., Marathon Oil Corp., Statoil SA and Total SA.

Over the past few years, oil majors have sold oilsands assets worth at least $33.6 billion, primarily to domestic producers, exiting mostly due to pipeline capacity issues and better investment opportunities elsewhere in the world, especially in the U.S. shale basins.

“There have been multiple transactions in Canada in the (steam-based oilsands) space of the last couple of years,” Devon executive vice-president and chief financial officer Jeff Ritenour said on an earnings call, but declined to comment on the company’s asking price for the assets.

In 2014, Canadian Natural acquired Devon’s conventional gas operations in Western Canada for about $3.1 billion. The Canada Pension Plan Investment Board and Wolf Midstream Inc. also spent $1.4 billion to buy Devon’s half ownership of the Access oilsands pipeline in 2016.

Devon said the separation or possible sale of the assets will enable it “to complete its transformation to a high-return U.S. oil growth business.” The company is also selling its Barnett Shale assets in Texas, and focusing on other U.S. shale basins in New Mexico, Texas, Oklahoma and Wyoming. 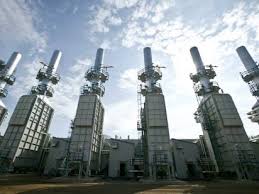 Mike Dunn, analyst at Calgary-based GMP FirstEnergy, said Devon’s decision to sell its Canadian properties is not surprising, given the challenges facing the domestic energy sector.

“The trend is, a decade from now, the vast majority of the rest (of the foreign producers) are probably gone,” he said.

Devon’s divestment of its oilsands assets is “long overdue,” said St. Louis-based Edward Jones analyst Jennifer Rowland, but the company is “probably late to the game in getting out of Canada.”

Canada-headquartered companies have already spent tens of billions of dollars buying up oilsands projects from foreign producers, and are now grappling with stretched balance sheets, according to Rowland.

Still, Devon’s Jackfish property is considered a high-quality, reliable oilsands plant that will draw interest, as will the undeveloped Pike oilsands properties. “I think the buyers will be there,” she said.

The company’s Canadian assets could fetch between $7 billion and $9 billion, Eight Capital analyst Phil Skolnick said in a note — or between $3.5 billion and $5.5 billion, according to a report by Jon Morrison, a CIBC Capital Markets analyst.

In all likelihood, the Canadian assets will be sold at a price below what Husky Energy Inc. was originally willing to pay for MEG Energy Corp. when it launched its $6.4-billion hostile offer last year, GMP’s Dunn said.

“The price tag is probably lower than MEG’s,” according to Dunn. Husky ended up abandoning that deal even though MEG was unable to find a white knight to fend off the hostile suitor.

Devon’s oilsands assets aren’t likely a strategic fit geographically for Suncor Energy Inc. or Imperial Oil Ltd, according to Dunn, while both Cenovus and Canadian Natural Resources Ltd. are still digesting their respective $17.7-billion and $12.7-billion oilsands acquisitions from 2017.

That could mean Husky is a potential natural suitor for the Devon oilsands assets, as it operates in the same region and has the balance sheet flexibility, Dunn noted.

CIBC’s Morrison, however, believes Suncor, Canadian Natural, Husky and Imperial could be “logical buyers,” but Cenovus Energy Inc. is unlikely to bid as it works to pay down its large debt load.