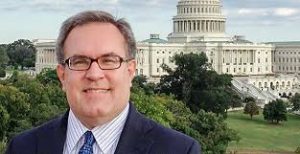 The U.S. Senate on Thursday confirmed former coal lobbyist Andrew Wheeler to be the new administrators of the Environmental Protection Agency, replacing Oklahoman Scott Pruitt who stepped down amidst political charges.

Wheeler, once an aide to Oklahoma U.S. Sen. Jim Inhofe was confirmed by a vote of 52 to 47. Democrats opposed him because the veteran of Washington political circles supported President Trump’s plans to roll back Obama-era environmental regulations.

Inhofe, a senior member of the Senate Environment and Public Works Committee praised Wheeler when he was nominated and did the same Thursday following his confirmation.

“Andrew Wheeler is the right choice to lead the EPA—no one knows his qualifications better than I do—and I am pleased that the Senate confirmed him today,” said the Senator. “Andrew is an unparalleled leader in energy and environmental policy and knows what it takes to ensure that our environment is cared for within the laws passed by Congress.

He said Wheeler will continue important deregulation efforts with President Trump but will ensure that all stakeholders are heard…”and provide certainty and stability for the regulated community.”

Ahead of the confirmation vote, Inhofe spoke about Administrator Wheeler on the Senate floor.

Sen. Inhofe considers Wheeler a friend and applauded his nomination by the President last year and also introduced Wheeler at his confirmation hearing. 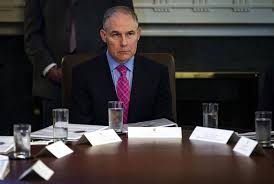 Wheeler has been running the agency since Trump’s first administrator, Scott Pruitt, stepped down in July amid multiple scandals surrounding his management and spending practices. Trump said in November that he intended to nominate Wheeler for the top job, saying he had done a “fantastic job” in his interim role.