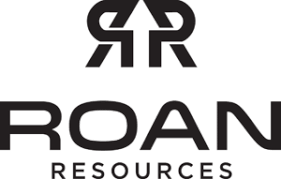 Oklahoma City-based Roan Resources, Inc. announced fourth quarter 2018 highlights and revealed an early view of its 2019 development plan. While management is optimistic, it also expects flat oil production in the first few months of the year.

The announcement follows Roan’s corporate reorganization made in October 2018 and uplisting to the New York Stock Exchange in November 2018.

The company will release its fourth quarter 2018 and full-year 2018 financial results on Monday, March 18, 2019 followed by a conference call the next morning.

Roan stated production expected to be in-line with the mid-point of guidance at 54.1 thousand barrels of oil equivalent a day representing 110% growth from the fourth quarter of 2017 and 17% quarter-over-quarter growth.

It also expected capital expenditures to be within guidance at $217 million. Roan’s update showed the average 30-day initial production rate of the 20 wells turned online in the fourth quarter was nearly 1,080 Boe/d.

“Roan had a strong fourth quarter, with both production and capital expenditures within our guidance targets,” said Tony Maranto, Roan’s Chairman and Chief Executive Officer. “We have also achieved our objectives of building a best-in-class staff and becoming a NYSE-listed public company. Execution on these objectives position us well as we begin 2019.”

Mr. Maranto added, “Capital discipline remains at the forefront of our strategy as we plan for 2019, and as such, we are adjusting our development activity to limit outspend and allow for free cash generation by the end of the year, while still materially growing production year over year.”