Public Service Company of Oklahoma announced a $250,000 grant from the American Electric Power Foundation to help Weatherford’s Stafford Air & Space Museum reach its Legacy Campaign goal.  The money raised during the campaign will fund a planned 18,000 square foot expansion of the museum.

Tiffini Jackson, PSO vice president for external affairs, announced the grant during a meeting of the Oklahoma Southwest Alliance.

“I’m honored to announce this grant to support the Stafford Air & Space Museum, which is such a valuable asset to this community,” said Jackson.  “We’re excited to be part of the museum’s expansion and look forward to working with them as they continue to expand their ability to offer STEM-based education in an engaging environment.” 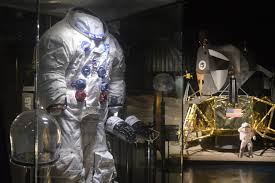 “The donation from the AEP Foundation was critical to our Legacy Campaign from several standpoints,” said Max Ary, executive director of the Stafford Air & Space Museum.  “It allowed us to take a major step to our $5.3 million goal, it demonstrated strong support from one of Oklahoma’s most recognized public service corporations, which helped inspire other corporate support, and it gave us the positive morale boost that was needed to go into the final stages of the campaign.

“We greatly value the partnership that AEP/PSO has developed with the Stafford Air & Space Museum over many years, as it has been instrumental in our growth and rise to regional and national prominence.”