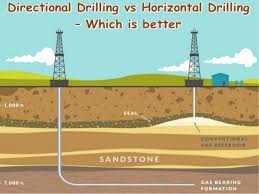 The Oklahoma Energy Producers Alliance has come out in support of a House bill that would hold horizontal fracking well drillers responsible for damage caused by their operations.

The group, comprised largely of vertical well drillers and supporters supports House Bill 1379 by Rep. Zack Taylor (R-Seminole). The bill will be heard Tuesday by the House Judiciary Committee in a hearing scheduled to begin at 1:30 p.m.

“Hundreds of Oklahoma’s vertical wells are being destroyed by massive horizontal frack jobs,” stated Richard Parrish, OEPA’s Oklahoma City Attorney and Regulatory Affairs director. “At least 47 of these “frack hits” have been documented by the Corporation Commission as causing pollution. The Corporation Commission currently holds the owner of the vertical well responsible for the pollution being caused by the horizontal frack jobs done by others.”

The Alliance called HB 1379 the “Art and Yvonne Platt” bill, explaining the Platts are lifelong Oklahomans who have lost everything as a result of a horizontal frack job that allegedly destroyed their wells.

The Alliance’s announced support included a statement from Mr. Platt.

“I’m 80 years old, and we were depending on this lease for our retirement,” said Art Platt. “We’ve spent every cent we had trying to fix the damage the horizontal fracker caused when they fracked into our well.”

Now Art and Yvonne have been forced to leave Oklahoma and move in with their children in Texas according to the Alliance announcement.

“We applaud Representative Taylor for addressing this issue,” said Dewey Bartlett, OEPA Chairman. “And hope that this legislation will help bring the big oil group, OIPA-OKOGA to the table to hopefully find common ground on this problem. Horizontal frack jobs are costing small business oil and gas producers their livelihood and endangering Oklahoma’s environment in the process.”