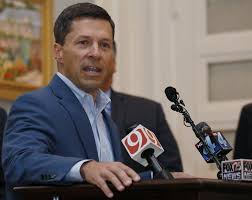 The head of the OIPA-OKOGA said in response to President Trump’s State of the Union message that it shows policymakers in Oklahoma and in Washington, D.C. must do everything in their power to create a stable and effective business environment.

President Chad Warmington issued a statement after President Trump recognized the oil and gas industry and its success in helping improve the U.S. economy.

“Oklahoma and our statement government is more dependent on the success of the oil and gas industry than ever before,” he said. “The president’s recognition of the significant advances made by the nation’s oil and natural gas industry further proves that a healthy economy, both in Oklahoma and nationally, is reliant on a health energy sector.”

Warmington pointed out that oil production in Oklahoma has nearly tripled in the past 10 years and reversed three decades of declines in the state.

“The increased activity in the oilfield has overflowed into other parts of Oklahoma’s economy, and manufacturing, service industries and retail have all seen significant boosts in recent years,” he added.

He went on to state that unemployment rate, especially in the counties that overlie historic oilfields, is among the lowest in the nation even after a historic downturn in commodity prices two years ago that slowed industry investment.

“Oklahoma has played a key role in securing our nation’s energy future, and our nation is now a net exporter of crude oil and a world leader in natural gas exports, putting an end to the country’s reliance on energy-producing countries in historically unstable parts of the world,” said Warmington.

He said the industry’s resurgence will only be aided by President Trump’s efforts to reduce the regulations that hampered oil and natural gas development during the previous administration, giving Oklahoma producers and those in other energy-producing states the opportunity to be a stabilizing force in world politics.

“Doing so means Oklahoma producers can increase their efforts to attract investment capital to our state and bring new oil and natural gas resources to market, returning more of the state’s workforce to the oilfield and giving Oklahoma consumers the advantage of an abundant and affordable energy supply.”