OGE Energy Corp. reports increase in 2018 net income but a drop in earnings 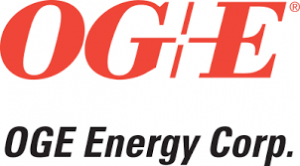 As OGE Energy Corp. reported an increase in net income for 2018 and a drop in earnings, leadership was calling it one of the best years in the history of the company.

“2018 may well be regarded as the best year in our company’s history,” said OGE Energy Chairman, President and CEO Sean Trauschke. “I’m most proud of our record-breaking safety performance. It was among the best in the industry. Not only were employees setting safety records, they were busy completing critical, complex, yet very beneficial, projects for our customers. They delivered more renewables, added state-of-the art power generation, significantly reduced our emissions footprint, improved reliability and customer satisfaction, and kept customer rates 31 percent below the national average. These are once-in-a-generation accomplishments made possible by the hard work and dedication of every member of the OGE team.”

OG&E reported net income of $328 million in 2018 compared to $306 million in 2017. Gross margin was $1.378 billion in 2018, which was approximately $14 million higher than 2017. The increase in gross margin for the year was due in part from higher revenues due to favorable weather and customer growth. Offsetting higher gross margin were higher depreciation and amortization expense as a result of the March 2017 Oklahoma rate order and new assets placed into service.