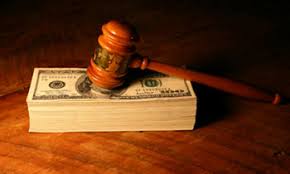 Nationally, the Justice Department said its largest civil collections were from affirmative civil enforcement cases. They involved the recovery of government money lost to fraud or the collection of fines imposed on individuals and corporations for violation of environmental laws, federal health, safety and civil rights.

In Oklahoma City, the total collections exceeded the cost of operating the office by more than $2 million.

“In addition to keeping communities safe, the U.S. Attorney’s Office prioritizes recovering money for victims of crime and for taxpayers,” said Mr. Troester.  “I am proud that my team uses the tools Congress has provided to seek to achieve financial justice in criminal and civil litigation involving the United States.”

“The men and women of the U.S. Attorneys’ offices across the country work diligently, day in and day out, to see that the citizens of our nation receive justice.  The money that we are able to recover for victims and this country as a whole is a direct result of their hard work,” said James A. Crowell, IV, Director of the Executive Office for U.S. Attorneys.

Among criminal cases, the U.S. Attorney’s Office collected $100,000 from Christopher Bateman Slater, a Guymon physician who pleaded guilty to distributing the opiate codeine without a medical purpose.  The court imposed a $100,000 fine on Dr. Slater, in addition to an eight-month prison term.  Among civil cases, the office collected $670,000 from Southwest Orthopaedic Specialists, PLLC, and physicians who owned that company.  In July 2018, Southwest Orthopaedic Specialists settled allegations that it submitted false claims to Medicare, Medicaid, and Tricare, which are health-care programs funded in whole or in part by the federal government.

The U.S. Attorneys’ Offices, along with the department’s litigating divisions, are responsible for enforcing and collecting civil and criminal debts owed to the United States and criminal debts owed to federal crime victims.  The law requires defendants to pay restitution to victims of certain federal crimes who have suffered a physical injury or financial loss.  While restitution is paid to the victim, criminal fines and felony assessments are paid to the department’s Crime Victims Fund, which distributes the funds collected to federal and state victim compensation and victim assistance programs.