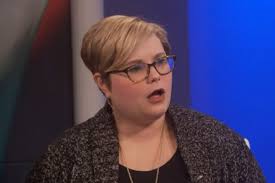 While the oil and gas association viewed the figures from the Board of Equalization as a sign of too much dependency on the industry, Democrats in the legislature had a different take.

House Minority Leader Emily Virgin of Norman saw it as affirming last year’s legislative move to raise taxes including those on oil and gas.

She issued a statement after the Board of Equalization certified a surplus of $574.5 million for the next fiscal year.

“Last year, after a decade of Republican policies that favor high earners at the expense of core services and low and middle income Oklahomans, House Democrats pushed this body to responsibly raise revenue and begin to reinvest in core government services,” Virgin said. “Today’s surplus is a direct result of House Bill 1010xx. However, this legislation must not be viewed as the end of our commitment to fund government but the beginning.”

She went on to say the education system is underfunded as are the criminal justice and human services systems.

” Rural hospitals are underfunded and many have closed. The buying power of our citizens has been greatly reduced and more Oklahomans find themselves working multiple jobs just to survive,” continued Rep. Virgin.

“The House Democratic Caucus believes that every dollar of this additional revenue should be put back into the agencies that have been raided in the name of high-income tax cuts and corporate greed.