Dallas firm not giving up in lawsuits against Greenpeace

Remember the Dakota Access pipeline and the encampment by thousands of protesters? The company behind the line, Energy Transfer Partners of Dallas has renewed legal efforts targeting the Greenpeace environmental group.

After a federal judge in North Dakota tossed the company’s $1 billion racketeering claim, Energy Transfer Partners filed suit in state court in North Dakota. It came after U.S. District Judge Billy Roy Wilson said he found no evidence of a coordinated criminal enterprise by Greenpeace to undermine the company and its project.

ETP had made claims under the federal Racketeer Influenced and Corrupt Organizations Act and also under North Dakota laws. Wilson did not address the merits of the state claims according to the Associated Press. 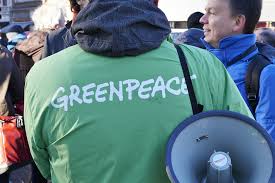 ETP seeks “millions of dollars of damages” in the state lawsuit, which makes similar claims to its federal lawsuit — that Greenpeace and activists conspired to use illegal and violent means such as arson and harassment to disrupt pipeline construction and damage the company, all the while using the highly publicized and prolonged protest to enrich themselves through donations.

“We are confident that this latest attempt to silence peaceful advocacy will receive the same fate as the last meritless attack,” he said.

Groups and American Indian tribes who feared environmental harm from the pipeline staged large protests that resulted in 761 arrests in southern North Dakota over a six-month span beginning in late 2016. ETP maintains the pipeline is safe. It began moving North Dakota oil through South Dakota and Iowa to a shipping point in Illinois in June 2017.