Chesapeake trading shot up after release of earnings report 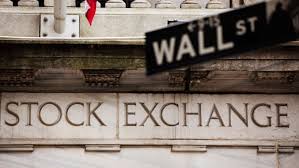 Here’s how The Street reported the reaction.

Rising natural gas prices were a tailwind for Chesapeake Energy (CHK – Get Report) in the fourth quarter as the company topped analysts’ expectations and reported its highest gross margins since 2014.

Chesapeake Energy is up 9.7% in trading Wednesday.

“Our 2018 accomplishments of 10% adjusted oil growth, improved realizations and lower absolute cash costs compared to 2017 resulted in the highest EBITDA generated per boe for Chesapeake since 2014, when oil averaged more than $90 per barrel and gas averaged more than $4 per thousand cubic feet,” said CEO Doug Lawler.

“Our oil focus will be fully evident in 2019, as annual net oil volumes from the PRB are expected to more than double compared to 2018 and as we begin a robust drilling program on our Brazos Valley asset.”

For the current year, the company expects to increase daily oil production about 32%, driven by the $4 billion acquisition of Texas oil producer WildHorse. The company said it expects capital expenditures in 2019 to be about flat, ranging between $2.3 billion and $2.5 billion.