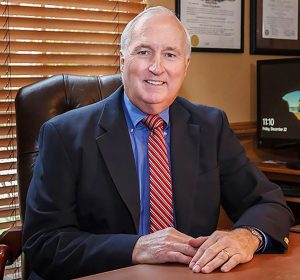 Governor Kevin Stitt announced  the appointment of Charles Prater as the next commissioner to the Oklahoma Tax Commission. Prater’s a CPA who made an unsuccessful bid in 2018 to be State Auditor and Inspector.

“Charles Prater has built a successful career in accounting and finance, and his knowledge and expertise will serve Oklahoma well as we work toward greater transparency and accountability in state government,” said Stitt.

But during the 2018 campaign for the Republican nomination for Auditor, Prater mixed it up with the others vying for the nomination. Read more from News Ok.

“It is an absolute honor to be nominated as a Commissioner to the Oklahoma Tax Commission by Governor Stitt,” said Prater. “It will be my privilege and duty to serve the citizens of Oklahoma, the governor and his staff, and our Legislators in this capacity. I will work hard every day alongside the governor to help make Oklahoma a top ten state.”

Charles Prater currently serves as the President and CEO at Assurance Resource Company (ARC). A Certified Public Accountant, Prater has over 35 years of private sector experience in public accounting and as an executive officer and board member in a publicly-held regulated financial services company, receiverships, insurance arbitration, tax and strategic planning and audits. In addition to working at ARC, Prater has served as the Chief Financial Officer for Neuroscience Specialists and Compone Services, LTD, and the Vice President of UICI and CEO of their Insurance Subsidiaries.   Prater is a member of the Oklahoma Society of Certified Public Accountants, American Institute of Certified Public Accounts, and Leadership Exchange Academy Alumni. He holds a Bachelor of Science in Business Administration with a major in Accounting from Oklahoma State University.

Each of the three members of the Oklahoma Tax Commission is appointed to a six-year term by the Governor and confirmed by the State Senate. Currently, the Commission is comprised of Chairman Steve Burrage, Vice Chairman Clark Jolley and outgoing Secretary-Member Thomas E. Kemp, Jr. The commissioners are responsible for the supervision of the administration and enforcement of state tax laws and the collection of a majority of all state-levied taxes and fees.