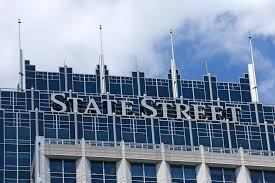 A Boston, Massachusetts-based company has made a filing with the Securities and Exchange Commission on its ownership of shares in Oklahoma City’s Devon Energy.

State Street Corporation indicated it has shared voting power with 22,705,926 shares in the company. But its total share ownership amounts to 24,475,859 which amounts to 5.2% ownership in Devon.

State Street Corporation has nine corporate subsidies including those in Ireland, Asia, Australia, Japan and Canada.

The Company announced this week it posted a moderate increase of 3.03 percent of its Private Equity Index in the third quarter of 2018. Its Venture Capital category continued to lead for the third quarter in a row with a 4.65 percent gain followed by Buyout Funds with 2.84 percent while Private Debt lagged behind with a 1.34 percent return for the quarter.

“2018 is on course to set the highest post-crisis fundraising records,” said Anthony Catino, managing director, Alternative Investment Solutions for State Street. “In the first three quarters of 2018, Venture Capital and Private Debt surpassed their post-crisis fundraising peaks in 2017. The US and ‘Rest of the World[1]’ focused funds met or were above their 2017 fundraising level, while European funds continue to lag behind.”