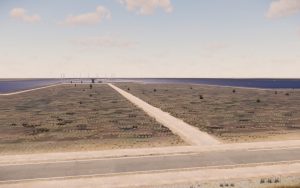 While some Oklahoma legislators and the Sierra Club are pushing for more solar energy growth in the state, an Austin, Texas firm is making a $300 million commitment to an energy project in West Texas.

7X Energy Inc. announced it has entered into a power purchase agreement for 250 MWac from phase one of its Taygete Energy Project in Pecos County, Texas.  It did not identify the buyer. The $300 million project is expected to create 400 jobs in the county during peak construction.

The Taygete project, having most major development milestones completed including a signed and fully funded interconnection agreement, is on track to commence construction in Q3 2019 and will be commercially operational in Q1 2021.

The Project will produce over ~737,900 MWh of renewable energy in its first year of operation which equates1 to: