Index warns of oilfield slowdown in 2019 in Oklahoma 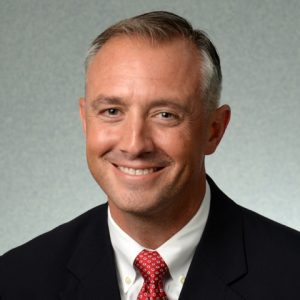 The Williams Companies, Inc. announced the naming of a senior vice president of the Tulsa company’s Atlantic-Gulf Operating Area.

Hallam has most recently served as vice president and general manager, Eastern Interstates (including oversight of Williams’ Transco pipeline system) in the Atlantic-Gulf Operating Area. Previously, Hallam was vice president over operational activities in Williams’ Northeast G&P Operating Area and, prior to that, led Development and Operations in the Utica as a general manager for Access Midstream.

“I am pleased to announce this well-earned promotion for Scott,” said Micheal Dunn, executive vice president and chief operating officer of Williams. “Whether leading operations and commercial activities for Transco, Cardinal Pipeline and Pine Needle LNG or leading operations in our Bradford, Utica and Susquehanna supply hubs as he has done at Williams, Scott has distinguished himself as a talented leader whose focus on strong execution and customer service has consistently delivered outstanding results.”

Hallam stated, “I am honored to lead Williams’ Atlantic-Gulf Operating Area and its terrific team of professionals as we work to continue delivering tremendous service to our customers and strong results for our business with our unmatched assets.”

Hallam, who has an MBA in Organizational Leadership as well as Bachelor of Science and Master of Science degrees, brings nearly 20 years of experience in the natural gas industry. During that time, he has performed in different leadership capacities in the upstream, midstream and downstream sectors, including time with Dominion Energy serving transmission and distribution responsibilities.