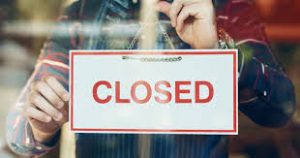 The storm that brought ice and snow to Oklahoma on Thursday resulted in a complete shutdown of the Oklahoma Corporation Commission.

It initially announced business wouldn’t occur until 10 a.m. then the OCC announced through its website that the Jim Thorpe building would be closed for the entire day.

With the storm expected to be out of the state by Friday, it’s expected the OCC will be open for business as normal.