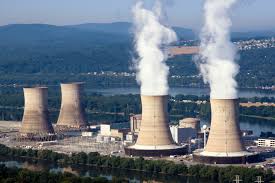 “The Nuclear Energy Innovation and Modernization Act is critical for the revitalization and improvement of our nation’s nuclear energy industry,” Inhofe said. “Nuclear energy has played an important role in the complex energy network of our country, but as we work to improve upon and modernize nuclear power plants, it’s important that we reform the Nuclear Regulatory Commission to reflect the future of the industry as well.”

Inhofe is the ranking member of the Senate Environmental and Public Works Committee where S. 512 originated. He said by creating a new licensing framework for advanced reactors, the new law will ensure that the Nuclear Regulatory Commission will operate efficiently. Inhofe is a strong supporter of nuclear energy and believes the new law will help the country take advantage of it.

The law requires the NRC to create performance metrics and milestones for licensing and other regulatory actions. It also mandates that the commission develop a regulatory framework for the nation’s innovators who want to use advanced nuclear technologies.