NGL director steps down from board 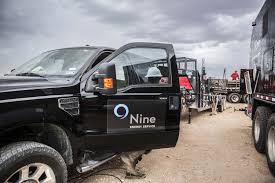 One of the companies exploring Oklahoma’s STACK and SCOOP plays is Nine Energy Service, Inc. of Houston and it intends to release its earnings report in March.

The company said the release of the fourth quarter and full-year 2018 earnings will be released March 6, 2019 after the markets close. Company management will hold a conference call the next day on March 7 at 10 a.m. Central time.

Nine Energy reported third-quarter earnings in November totaling $13.7 million. On a per-share basis, the company said it had a profit of 56 cents. The oilfield services company posted revenue of $218.4 million in the period.

Nine Energy isn’t interested in just the STACK and SCOOP. It has operating facilities in the Permian, Eagle Ford, Niobrara, Barnett, Bakken, Marcellus, Utica and throughout Canada.