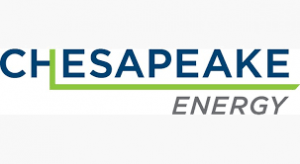 While Oklahoma City-based Chesapeake Energy awaits a shareholder vote on a proposed $4 billion takeover of WildHorse Resources, its recent commitment to oil rather than natural gas is raising some concerns. After all, oil prices have fallen despite Chesapeake’s intention to expand oil-drilling in the Powder River Basin of eastern Wyoming.

Those concerns even prompted board member Achie Dunham to tell the Wall Street Journal he thinks the company’s “snakebit” as it made the jump to oil. Here’s how the WSJ reported the story.

Chesapeake Energy Corp. CHK +3.58% , best known for its trailblazing pursuit of natural gas from shale formations, is making a big bet on the oil below the rolling grasslands of eastern Wyoming.

Its timing doesn’t look great. U.S. oil prices have fallen more than 40% since early October to close at $45.41 a barrel on Monday, straining the finances of the debt-laden company co-founded by Aubrey McClendon, the late wildcatter. It is a rough time to be planning new shale wells anywhere, but especially in Wyoming’s Powder River Basin, an expensive and geologically complex place.

“It seems like every time we make a big strategic step forward we get snake-bitten,” said Chesapeake board member Archie Dunham, previously chief executive of Conoco Inc. Mr. Dunham has purchased more than $9 million worth of Chesapeake stock in recent weeks.

Chesapeake’s challenges exemplify how oil’s recent price drop is jeopardizing the recoveries of shale drillers still trying to regain their strength after the last crash in prices in 2014 and 2015. The company’s share price has fallen nearly 56% since early October, compared with a 40% drop in a broad index of U.S. producers.

Chief Executive Doug Lawler said lower oil prices stress a company like Chesapeake, which reported $9.4 billion in long-term debt at the end of the third quarter. The Oklahoma City-based company plans to dedicate at least 80% of 2019 capital expenditures to oil production because it sees crude as the key to a more profitable future, he said.

“Quite simply, the margins are far superior to gas,” Mr. Lawler said. “We have to run the company regardless of what price is.”

Chesapeake is moving to oil relatively late compared with many of its peers, which anticipated that a glut of natural gas in the U.S. would depress prices and make drilling for it less lucrative. In addition to stepping up oil drilling in Wyoming over the past two years, Chesapeake announced in October a deal to acquire oil-focused Wildhorse Resource Development Corp. for $4 billion, its first large acquisition in more than a decade.

Crude was trading at about $67 a barrel when the companies announced the deal, which has yet to close. It would allow Chesapeake to increase its oil output while reducing its financial leverage. Although Wildhorse had $1.1 billion in long-term debt at the end of the third quarter, the company has a lower debt ratio than Chesapeake.

Timing the market is notoriously difficult and getting more so, said Robert McNally, president of Rapidan Energy Group, an energy consultancy. The annual maximum and minimum oil price has differed by an average 36% since 2008, according to Rapidan, compared with 24% from 1973 to 2007.

“You’re starting to see massive price swings caused by unusual triggers,” Mr.McNally said. “This is making it even harder for deal makers to price deals.”

Chesapeake’s oil and gas output fell more than 20% from its peak in 2014 to the end of 2017, the result of reining in spending and selling oil and gas interests as it moved to reduce debt. Meanwhile, the company has spent more than it has taken in every year starting with 2010, according to FactSet.

To improve cash flow, Chesapeake needs to produce more. The company’s operations in Wyoming, where it added a fifth drilling rig last year, will be a test. In early December, Chesapeake was threading a drill bit through sandstone more than 2 miles underground. Each well takes about three weeks to drill.

Wyoming’s Powder River Basin is composed of layers of oil-bearing rock, giving companies multiple opportunities to exploit the resource from the same acreage. That has attracted producers including EOG Resources Inc., which operated an average of two drilling rigs in the basin in 2018.

The basin covers a relatively small area with heterogeneous rocks that are frequently laced with faults, making drilling more expensive. It costs Chesapeake roughly $8 million to drill and hydraulically fracture each of its wells in Wyoming, compared with about $6 million in the Eagle Ford shale of South Texas. The extra expense is worth it, executives said, because the wells are more prolific.

“I think we can unlock those plays that people may not be paying attention to, and this is one of them,” said Frank Patterson, Chesapeake’s executive vice president for exploration and production.

Even so, lower oil prices crimp profits. Chesapeake says it has fine-tuned its approach such that its Wyoming wells can generate returns at $25 to $35 oil, well below the basin-wide average of $47, according to consulting firm RS Energy Group.

However, those so-called break-even prices don’t take into account full corporate overhead or land costs. The average all-inclusive break-even in the Powder River Basin is $61, according to RS Energy.

Chesapeake hasn’t released its 2019 spending plan, but Mr. Lawler said with oil below $50, it would consider adjusting its capital program.

“It’s a wait-and-see moment for not just Chesapeake, but a lot of oil-and-gas companies,” said J. Mike Stice, a former Chesapeake executive who now serves as a dean at the University of Oklahoma.