Halliburton gets a new chairman of the board 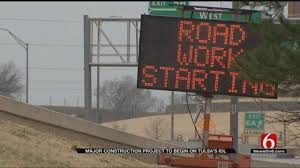 Three major highway improvement projects are getting underway in Tulsa and it means some highways will be shut down for the next two years.

The projects are on Tulsa’s Inner Dispersal Loop or commonly called the “IDL” and will affect the south and east legs of the loop. Oklahoma 11 south of Tulsa International Airport and the Memorial Drive/U.S. 64 Arkansas River bridge in Bixby will also be impacted.

The $25 million project on the IDL started Wednesday with the shutdown of the westbound lanes of the south leg  and the closing of the southbound lanes on the east leg. Crews will replace pavement and improve bridges in a project that could take a year. 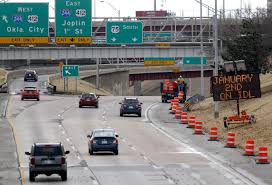 Another project expected to last a year will begin Jan. 7 on Oklahoma 11. That $9 million project will improve eight bridges from the Interstate 244 junction to just south of the airport.

Drivers heading to and from the airport are urged to plan for extra travel time, ODOT said.

A third project will narrow the Arkansas River bridge in Bixby to one lane in each direction. That project is expected to last until April.

Crews will begin mobilizing on site and start work under the bridge Wednesday, ODOT said.