EPIC vows to have Permian Basin pipeline operational by summer 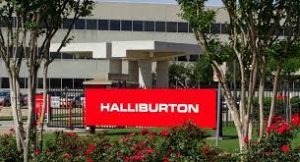 Halliburton Company, the firm founded decades ago in Duncan, Oklahoma has a new president of its Western Hemisphere operations.

The company announced that Mark Richard, the current senior vice president of the Northern Region was promoted to succeed Jim Brown as president of the Western Hemisphere. The promotion will be effective Feb. 1, 2019.

“Mark’s success in managing multiple regions around the world, his substantial industry knowledge and established customer relationships well position him to guide the strategic direction and operations of our Western Hemisphere business,” said Jeff Miller, chairman, president, and CEO of Halliburton. “Over the course of his more than 30-year career at Halliburton, Mark has proven himself to be an exceptional leader and valued member of our executive management team.”