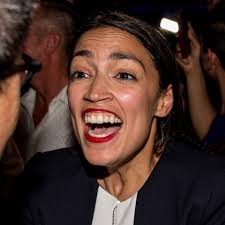 When Oklahoma congressman Markwayne Mullin and other Republicans on the House Energy and Commerce Committee hear what the Democrats are proposing in climate change legislation, it could be pretty radical to them.

She suggested the end of the world is only several years away because of global warming according to some published reports.

“I think that the part of it that is generational is that millennials, and Gen-Z, and all these folks that come after us, are looking up and we’re like, the world is going to end in 12 years if we don’t address climate change, and your biggest issue is, your biggest issue is how are we going to pay for it?”

The audience applauded loudly at her statement.

“And like,” she continued, “this is the war, this is our World War II. And I think for younger people, we’re looking at this and we’re like ‘how how are we saying, let’s take it easy when 3,000 people died last year?'”

“And we’re told to settle down,” she added, “it’s a fundamental separation between that fierce urgency of now, the why we can’t wait that King spoke of, that at some point these chronic realities reach a breaking point. And I think for our generation, it’s reached that.”

“And, I wish I didn’t have to be doing every post but sometimes I just feel like people aren’t being held accountable,” she explained. “And until we all start pitching in and holding people accountable, I’m just gonna let them have it!”