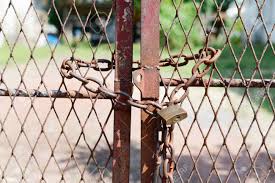 The Denver federal appeals court has ruled against the Bureau of Land Management in a 2013 dispute it had in attempting to inspect four wells on privately owned land in southwestern Colorado. The court called it a “key or lock” case.

The suit was filed by Alexis and Mary O’Hare who owned 240 acres of land near Durango in La Plata County.  The land was part of a 320 acre tract which was partially owned by the Southern Ute Indian tribe. They sued after the BLM attempted to inspect their four wells that were fenced and padlocked.

The BLM filed Notices of Incidents of Noncompliance after an inspector could not inspect the wells and the O’Hares refused to give him access to the wells on their land.

A lower court ruled in favor of the Bureau of Land Management, but in a recent ruling, the 10th U.S. Circuit Court of Appeals ruled the BLM lacked authority to require the O’Hares to provide the agency inspector with a key to the lease site.

The appeals court reversed the district court ruling and sent the case back down where the judge has been ordered to enter judgment in favor of the O’Hares.