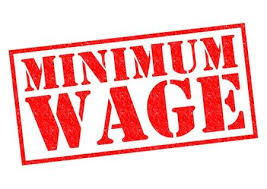 A minimum wage hike bill’s been filed in the Oklahoma legislature and it ‘s a measure that would affect every aspect of the state’s energy industry.

The bill by Sen. George Young, (D-OKC) would raise the minimum wage from the current $7.25 an hour to $10.50 an hour. Senate Bill 102 was filed after Arkansas and Missouri raised their minimum wages.

David Blatt, executive director of the Oklahoma Policy Institute, said a boost in pay for low-wage workers in Oklahoma is long overdue according to a report in the Journal Record.

“This has created a growing gap between how much low-income workers are paid and how much they need to support themselves and be self-sufficient,” Blatt said. “Whenever it’s on the ballot, it passes convincingly, even in the most conservative states. The Legislature needs to take action to make sure the people can receive the kind of wages they need to make ends meet.”

Thanks to inflation, the spending power of a $7.25 hourly wage has been significantly reduced since 2009, as the working poor face higher costs for health care and housing. In Oklahoma, about 28,000 workers earn at or below the minimum wage of $7.25 an hour, according to the U.S. Bureau of Labor Statistics.

“People making $7.25, $8.50 and even $9 an hour simply don’t make enough to pay their rent, utilities and prescription drug costs,” Blatt said. “This feeds a situation where we have growing numbers of families who turn to public benefits and the social safety net just to get through the week or the month.”

The question facing state lawmakers is: Will an increase in the minimum wage harm or hurt the state economy?

Some Republicans, business leaders and economists contend it will lead to job losses and reduced investment in Oklahoma. On the flip side, narrowing the gap between those at the bottom of the pay scale and those in the middle could pull more people out of poverty, increase consumer spending and generate more tax revenue for local, state and federal government, Blatt said.

“The evidence is boosting low-wage work helps the economy because these workers are then able to turn around and spend the money on groceries, clothing and other items,” Blatt said. “There really isn’t solid research that says raising the minimum wage has negative economic impacts. We’ve seen cities and states that have raised the minimum wage substantially continue to have thriving restaurant and retail sectors.”

But convincing the Republican majority in the House and Senate to impose a higher minimum wage for Oklahoma businesses will be difficult for the bill’s proponents.

“We have not seen Republicans in Oklahoma rally behind the minimum-wage increase,” Blatt said. “In fact, the only action the Legislature has taken on this issue in the last 10 years was to pass a local pre-emption law to prevent any city from raising the minimum wage locally.”