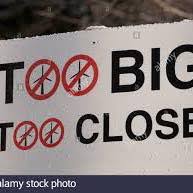 Five bills introduced in the Oklahoma legislature by four state Senators are targeting the wind industry. The bills created additional requirements for airport setbacks, fees for conversion to direct current electricity from wind farms and decreasing the time for the decommissioning of a wind farm.

Broken Arrow Sen. Nathan Dahm’s Senate Bill 964 would require a wind farm owner to submit a notification of intent to build a facility with the Oklahoma Strategic Military Planning Commission within 90 days of notifying the Corporation Commission of the plans.  His bill would extend the time from 30 to 90 days.

The bill comes as the state is at odds and hoping to negotiate a settlement with operators of a Hinton wind farm where new construction would reportedly interfere with flight space at Vance Air Force base in Enid.

Edmond Sen. Adam Pugh filed Senate Bill 904 which puts more restrictions on wind farms where notification of the FAA is required. His bill would require approval of the FAA and the Military Aviation and Installation Assurance Siting Clearinghouse.

The bill provides for a daily $1,500 fine of the owner of a wind energy facility to fails to submit the information required in his bill. It also requires a wind farm operator to provide copies of the filings with the Oklahoma Aeronautics Commission.

Senate Bill 1007 would create a 50-cent per kilowatt hour fee for the conversion of alternating current to direct current electricity by any wind facility.

The bill also would give the wind farm owner 90 days to remove any material that cannot be recycled from the state. Failure to do so carries a $500 a day fine.