Massive turnaround in earnings for ConocoPhillips in the past year

2018 was a turnaround year for one midstream company 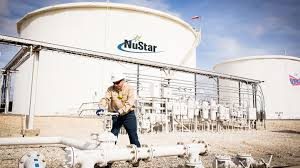 San Antonio’s NuStar Energy L.P., a firm that expanded pipeline capability out of the Permian to Wichita Falls, Texas just across the Red River from Oklahoma announced it made a $79 million gain after making hurricane repairs in 2018. The year proved to be a turnaround for the firm.

The company reported the gain was from the hurricane insurance proceeds in the first quarter of 2018 for the cost of repairing property damage of its St. Eustatius terminal and the $43 million non-cash charge from the sale of the European operations.

Unadjusted earnings were $122 million in the fourth quarter of 2018 and $701 million for the full year.

“This time last year, we presented our comprehensive plan to reposition NuStar during 2018,” said Brad Barron, President and Chief Executive Officer of NuStar Energy L.P. “We recognized at the time that, in order to continue to build on the strength of our superior asset base, we would need to take the steps necessary for NuStar to achieve strong distribution coverage and low leverage, while at the same time, simplifying our structure, eliminating our Incentive Distribution Rights (IDRs) to lower our cost of capital, and minimizing our need to access the equity capital markets.

“So 2018 was a truly transformational year for NuStar. Not only did we reposition the company for long-term success, but we delivered significantly higher quarter-over-quarter and year-over-year financial results, with higher adjusted net income, EPU and EBITDA, while significantly improving our debt metrics and distribution coverage,” he concluded.