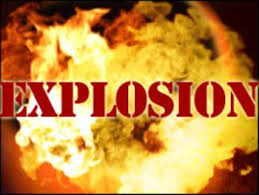 A widow has amended her legal petition in Pittsburg County to blame another party in the January 22 drilling rig explosion in Quinton, according to an article published by The Journal Record.

“Their gross negligence led to a terrible tragedy, which could have been prevented,” said Tony Say, President of Red Mountain Energy. Say wrote that his company remains committed to the highest safety standards, which are always Red Mountain’s top priority.

Red Mountain operated the Pryor Trust #1 well in Quinton, and Patterson-UTI was one of the contractors, according to The Journal Record article. Workers experienced difficulty removing long lengths of pipe to change the drill bit late on the evening of January 21 and into in the early morning hours of January 22. It is alleged that Patterson workers received reports that the hydraulic equipment was not properly closing the valves.