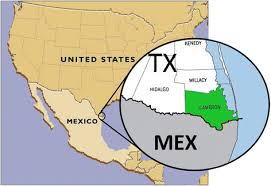 The Spanish energy company Acciona Energia has started construction on a $200 million wind farm in far south Texas near the border city of Brownsville.

Palmas Altas is the company’s second wind farm in Texas and will have a capacity of nearly 145 megawatts produced from 46 wind turbines. It will also be the firm’s ninth wind farm to be built in the U.S. and is expected to be operational by November of 2019.

Located in Cameron County, the new wind farm will producer nearly 524 GWh of clean energy a year which is enough to power more than 43,000 households in the regional.

“With a 25-year lifespan, the project is expected to offset 503,000 metric tons of carbon emissions, which is equivalent of taking more than 100,000 cars and trucks off the road,” said Rafael Esteban, Acciona Energy USA Global CEO.

During the peak construction period, the project is expected to employ approximately 170 people and will have a ten-person operations team stationed at the wind farm after completion.

In April this year, Acciona Energía unveiled its plans to build Palmas Altas in Texas. Nordex’s AW3150 wind turbine has a rotor diameter of 125m that will be mounted on an 87.5m steel tower (hub height).