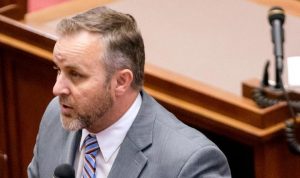 Senate President Pro Tempore-designate Greg Treat has announced the full committee assignments of Senate Republicans for the 57th Legislature including those that could have a direct impact on energy in Oklahoma.

Per Senate rules, Democratic leaders will make their committee assignments, including five appointments to the Appropriations Committee.

The GOP committee membership is listed below. Meeting times and locations of each committee are included too.