Rig Count: Oklahoma Up One, Nation Down by Three 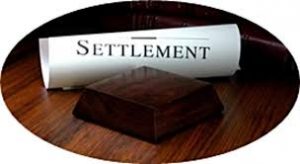 Three of the defendants in an earthquake class-action lawsuit are settling out of the Lincoln County case for $925,000, according to an announcement by the plaintiffs’ legal counsel on Thursday.

Angeion Group and Poynter Law Group of Little Rock, Arkansas filed the lawsuit in 2015 (Cooper v. New Dominion, Spess Oil Company, et al., Case No. CJ-2015-24) in the District Court of Lincoln County, Oklahoma. The lawsuit was brought on behalf of those who experienced property damage due to saltwater disposal well operations and earthquakes that occurred within 15 miles of Prague between November 5, 2011 and November 8, 2011.

The parties settling the lawsuit include Spess Oil Company, Equal Energy US, Inc. and Fairfield Oil & Gas Corp. The proposed settlement does not require an admission of liability. Tulsa-based New Dominion, LLC remains as a defendant in the case.

The settlement class extends to all persons who owned residential or commercial real property in Lincoln, Payne, Logan, Oklahoma, Cleveland, Pottawatomie, Seminole, Okfuskee and Creek counties in Oklahoma or had a property interest between November of 2011 through November 16, 2018.

Subject to the Court’s approval, the $925,000 settlement fund would be used to pay cash payments to claimants who submit timely and valid claim forms by the court-imposed deadline of April 29, 2019; pay reasonable fees and expenses of the Settlement Administrator and Special Master; and pay class counsel attorneys’ fees if they are awarded.

A hearing is set for January 18 to consider the proposed settlement along with an attorneys’ fee award up to 40 percent of the total settlement, plus $75,000 in expenses.