Oklahoma records another drop in strong earthquakes in 2018 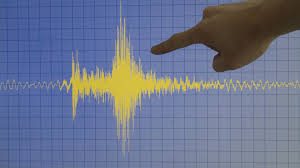 For a third straight year, the number of strong earthquakes in Oklahoma declined.  But State seismologist Jake Walter is only cautiously optimistic.

He pointed out in a recent interview with the Tulsa World that the state’s quake frequency is still far above the historical average of only two or three magnitude 3.0s a year.

For Walter and others who are studying the earthquakes, it’s a matter of continuing to explore the link to wastewater injection wells.