ONE Gas wants higher rates for its Kansas Gas Service

Rig Count: Oklahoma Up One, Nation Down by Three 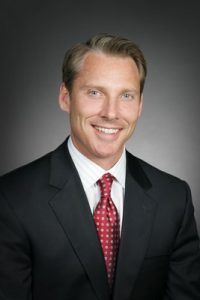 After serving eight years as the state’s top elected financial officer, Oklahoma Treasurer Ken Miller will transition to a leadership role as OGE Energy Corp.’s vice president of regulatory and state government affairs in January, according to a company press release issued Thursday.

“He is an established and respected state leader who has enjoyed an exemplary public service career representing the people of Oklahoma,” said Sean Trauschke, OGE Energy Chairman, President and CEO. “His breadth and depth of experience in state policy as well as economics, finance and business administration will complement our leadership team.”

Miller began his professional career at First American National Bank before joining MediFax-EDS, where he served as financial operations manager. He also taught graduate and undergraduate economic and finance classes as a tenured professor at Oklahoma Christian University.

Miller was required to vacate his post after Oklahoma voters set a permanent eight-year term limit for elected officials.

Miller received a Bachelor of Science degree from Lipscomb University in Tennessee, majoring in economics and finance. He holds his Master of Business Administration from Pepperdine University in southern California and earned a Ph.D. through the Department of Economics at the University of Oklahoma.