Earthquakes—they’re still out there in northern Oklahoma

Chesapeake wraps up nearly $8 million in buyback of shares 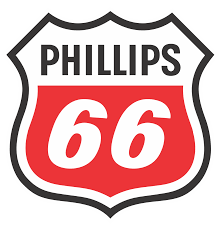 A more than $2 billion capital program has been announced by Phillips 66, the Houston company with major operations throughout Oklahoma.

It totals $2.3 billion according to Chairman and CEO Greg Garland.

“The 2019 capital program reflects our strong portfolio of growth projects aligned with our long-term strategy. We are building out our integrated Midstream infrastructure network, including pipelines, export facilities and fractionation in support of growing hydrocarbon production in  the key domestic shale plays.”

He said the company’s long-term object is to reinvest 60 percent of the cash flow into the business and return 40 percent to shareholders through dividends and buybacks. Garland pointed out the company has returned $21.6 billion to shareholders since 2012.

Phillips 66 plans $923 million of capital spending in Refining, with $512 million for reliability, safety and environmental projects. Refining growth capital of $411 million is for high-return projects to enhance the yield of higher-value products, including an upgrade of the fluid catalytic cracking unit at the Sweeny Refinery, as well as other low-capital, quick-payout projects.