Looming government shutdown would hit the EPA and Interior Departments 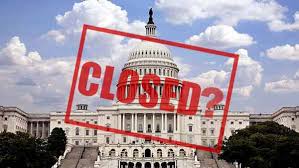 If Democrats and Republicans in Congress don’t reach a deal to avoid a threatened shutdown of the federal government, it could mean thousands of workers at the Environmental Protection Agency and the Interior Department will get an early Christmas break.

The EPA actually made plans in September for such a possibility, posting on its website that up to 14,000 workers could be furloughed. There would be some exemptions including workers needed for security at Superfund sites and laboratory personnel and environmental emergency response employees.

“Lease sales and permits for oil, gas, coal and other minerals on Federal lands and waters will be suspended,” said the Democratic assessment, which noted that energy development on federal lands raised $9 billion in fiscal 2019.

The funding issue has been stalled by Democrats who refuse to support President Trump’s call for $5 billion to finance the construction of a wall on the border with Mexico.