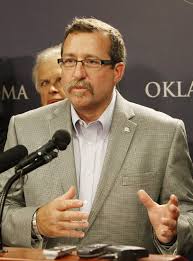 A published report indicated that Rep. Mark McBride of Moore has made a financial settlement in his lawsuit against a Texas political consultant who allegedly put a tracking device on the legislator’s pickup truck.

The Oklahoman reports McBride would not comment on the settlement with George Shipley of Austin, Texas.  McBride was known for his opposition to Oklahoma’s wind industry and filed suit in Oklahoma City federal court after finding the tracking device.

The newspaper reported that the legislator dropped the lawsuit Dec. 12 after reaching the confidential settlement. McBride alleged at t he time that Shipley had been hired by Jeff Clark, president of the Oklahoma Wind Coalition, also based in Austin, Texas. But Clark denied any association with Shipley and it remains one of the unanswered questions in the controversy.