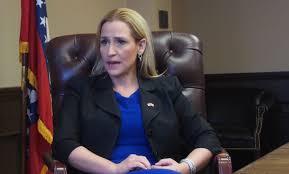 So they’ve started a review of the plan between New Orleans-based Entergy and the Sierra Club and the Washington, D.C.-based National Parks Conservation Association.

The Arkansas Attorney General Leslie Rutledge said the plan “has not been properly vetted.” The plan calls for Entergy’s shutdown of the White Bluff and Independence power plants.

The agreement was the result of a lawsuit that accused Entergy of violating the Clean Air Act in 2009 at the White Bluff plant near Redfield, Arkansas and the Independence plant near Newark. The suit claimed the company performed work at both plants without proper permits.

Entergy said in a statement it agreed to close White Bluff by the end of 2028 and Independence no later than 2030 because it would cost an estimated $2 billion in new environmental improvements to keep them running into the 2030s. The settlement also would put an end to expensive litigation, it added.

But Rutledge is not certain shutting the plants is in the best interests of ratepayers. She also petitioned the US District Court for the Eastern District of Arkansas to intervene in the case as a representative of Arkansas utility customers.

The PSC already is on the case, Donna Gray, executive director of the commission’s general staff, said in an interview.

“We’re evaluating very carefully everything that was presented” by Rutledge, she said, “and certainly will give it a thorough review.”

Entergy has claimed ratepayers would save money by shutting White Bluff, Independence and the Lake Catherine natural gas plant in 2027, and relying more on renewables such as wind and solar.

In a statement, the attorney general said the terms of the Entergy settlement “will directly impact Arkansans’ utility bills. This settlement has not been properly vetted by the Public Service Commission, my office or other agencies that have the public’s interest at heart.”

The settlement, she added, “commits Entergy to a number of actions that would impact plant operations at both locations over the next decade. The costs of those actions will ultimately be borne by Arkansas utility ratepayers.”