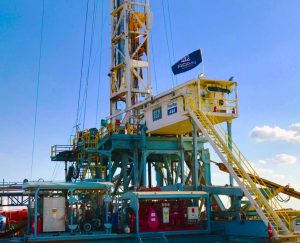 The Oklahoma City independent exploration company whose drilling for a well near Bridge Creek is thought to have caused a Sunday night earthquake has decided to permanently end all fracking operations at the site.

Roan Resources informed the Oil and Gas Conservation Division of the Oklahoma Corporation Commission that it has decided to permanently end all hydraulic fracturing operations at the well completion operation, according to the OCC.

The Sunday night earthquake was recorded by the Oklahoma Geological Survey at 3.4 magnitude and resulted in minor damage to some homes in the Bridge Creek Community.

The decision of Roan Resources to stop hydraulic fracturing operations at the company’s well site in the Bridge Creek area is certainly good news, and the company is to be commended for its decision,” said Dana Murphy, Chairwoman of the Corporation Commission. “This action means the Commission’s Oil and Gas Division will be able to direct its full efforts toward developing further, necessary revisions in the requirements operators must follow when there is seismicity around their well completion operation.”

Roan Resources is an independent oil and natural gas exploration and production company that has focused operations in the Merge, SCOOP and STACK plays of the state. It was formed in 2017, according to its website, with contributions from Linn Energy, Inc. and Citizen Energy,, II, LLC totaling about 140,000 net acres in the three plays.

After officially taking over field operations in January 2018, Roan Resources was producing nearly 40,000 Boe per day by the end of the first quarter 2018, with significant production growth expected in the second half of 2018.